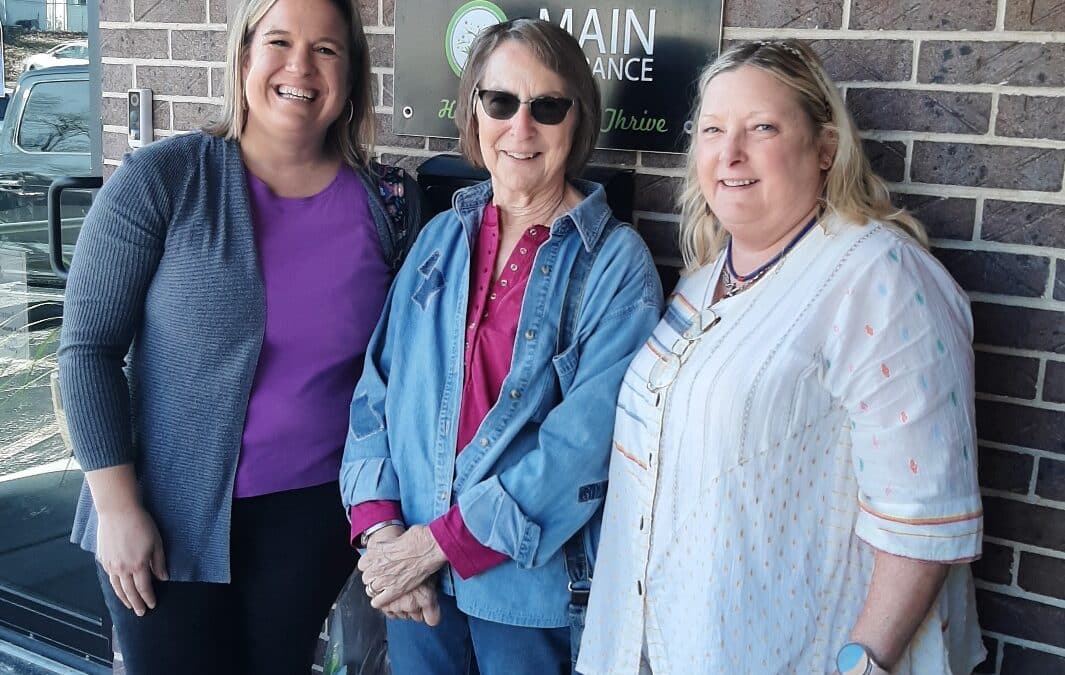 Providing Support for the Journey of a Caregiver

Acts of Kindness ~ Big and Small ~ Every Day ~ All Year Long

As the mission of the Northland Shepherd’s Center (NSC) is to help people aged 60+ thrive, it offers special services and resources for those who are caregivers of others. Many caregivers are 60+ and they are the unpaid caregiver, the only caregiver of a family member. The physical and emotional demands of caring for someone else can be exhausting, both physically and emotionally. The services and resources offered by NSC helps caregivers maintain their own health and well-being so that they can provide the best possible care for someone else.

AgingWell Hub, co-founded with Philips, is a cross sector collaborative of the Global Social Enterprise Initiative (GSEI) at Georgetown University’s McDonough School of Business, created an integrated six-phase journey map for those caring for loved ones with Alzheimer’s and other dementias.

This is the story of Sharon, a NSC client, who has just completed the caregiver journey. Sharon and Gary were married in 1998. According to Sharon, they had an incredibly good marriage, a marriage where they shared many interests. They loved eating out, they loved being with friends and being active in their church, and they loved big game hunting together.

Sharon and Gary went to South Africa in 2015 on a big game hunt. When it came time to unpack their clothes and get settled, Sharon realized that Gary could not manage his clothes. What she saw concerned her enough that she talked to the hunting guide about watching Gary closely.

Sharon says that when thinking back, she remembered things that Gary had done or struggled with or not done that were out of his normal character.

From then on, both Sharon and Gary’s lives changed, and Sharon started her 7+ year journey as the caregiver of her husband.

Sharon started educating herself on memory lost. She took the Aging Mastery Program for Caregivers at NSC and  says that it was ‘one of the best decisions she ever made!” She thought the program would tell her how to care for Gary, but it did not; the program taught her how to take care of herself!

Sharon started making adjustments to their lives. She watched Gary more closely and began helping him with tasks. Her neighbors and church friends supported and helped her whenever they could.

Sharon joined the NSC and Tri-County Mental Health Services’ monthly Together We Care Caregiver Support Group. She remembers that it was an immense help to be with others who understood what she was going through and who she could learn from and support.

Over time, all responsibilities for the couple’s lives shifted to Sharon. She became fully responsible for running their household and managing the business side of their life.

She remembers them going to their favorite Mexican restaurant and Gary not being able to read the menu. He would say, ‘I’ll have whatever you are having.’  Sharon would then suggest he have something that she knew was one of his favorites.

She realized that she would not be able to care for Gary financially. They did not have long term health care insurance; because of Gary’s diagnoses of having Lewy Body Dementia (LBD), he did not qualify for it.

Sharon remembers when the demands of caregiving had increased so much that “every day became a challenge.” She remembers meeting one-on-one with Dianna at NSC and saying, “I don’t know what I am going to do.”

Marilyn at Glen Smith’s office told Sharon that she needed to take better care of herself and get help. Sharon started having in-home health care several times a week, giving her a chance to leave home and not have to worry so much about Gary. Gary did not understand why people were coming to stay with him.

Over time, caring for Gary became more and more challenging and stressful. Sharon knew the time was coming when she would no longer be able to care for Gary, for his own sake and for hers.

Sharon started searching for an assisted care facility that had a secure memory care unit and that accepted  Medicaid. Her initial efforts were unsuccessful;  everything being ‘locked down’ because of COVID made the search even harder. Glen Smith’s office gave her more options; she finally found a facility on the southeast edge of St. Joseph, Missouri. The facility met the needed requirements and had an opening! A plan that involved the assistance of a good friend was made to admit Gary.

It was a beautiful fall day in October of 2021 that Sharon took Gary for a drive to see the fall  leaves. When she stopped at the facility, Gary asked why. She told him that they might find someone to visit. They went in; Gary was happy and surprised to see their friend there. A staff person showed the trio around and took them to what would be Gary’s room. Gary then realized what was going on and did not want to stay. Their friend left and then Sharon left.

It was one of the hardest things Sharon has ever had to do in her life. Like most caregivers, she knew that it was the best thing for Gary, but she still felt guilty about admitting him.

As instructed by the staff, Sharon did not visit the first week but after that she regularly drove the 45 minutes each way to visit Gary. At first Gary wanted to go home with Sharon; but after a while he adjusted and did quite well.

The End of the Journey

Seven months later, Sharon, having stayed overnight with him in his room, was with Gary when he passed on May 18, 2022.

Sharon feels that it is only because of the support from her neighbors and church friends; the help from the Shepherd’s Center, Tri County, and Lifescape Law; and all that she had learned from attending programs, being in the support groups, and her faith that she was able to get through her caregiver journey.